What is this magic? It’s LA’s own Best Coast, whose new album comes out July 27th. 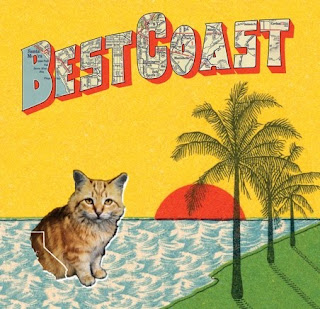 Here is the cover of said album, entitled “Crazy For You.” It is the debut for the California duo, who have a kind-of laid back, surfy noise-pop thing going on. “When I’m With You” is the bonus track on the new album, as it was recorded about a year ago and previously released.